Home » Our Team of Lawyers » Resume of Andrew J. Rossetti 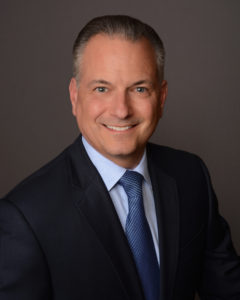 The Association of Trial Lawyers of America

The National Registry of Who’s Who 2001*

Awarded to Top 50 Italian American Men of the Year, January, 2003

Rossetti, Andrew J., Is There a Right to Die in New Jersey.
Delaware Law Forum, March 1988.

MAY IT PLEASE THE COURT: “Maximizing the Effectiveness of Exhibits” Presented by Andrew J. Rossetti, 2014 National Business Institute

SELECTING THE IDEAL JUROR: “Personal Injury Case Management for the Seasoned Litigator”, Presented to the by Andrew J. Rossetti on May 15, 2008

“THE BASICS BEFORE TRIAL” Andrew Rossetti was a guest speaker at the Camden County Bar Association seminar on May 21, 2003.

“THE MEDICAL MALPRACTICE LITIGATION CRISIS: WHAT IS THE REAL STORY?” Andrew Rossetti and Lou DeVoto to give the Key Note Address at the 10th Annual Statewide Paralegal Convention held in Eatontown, NJ on March 28, 2003.

“A DIALOGUE ON PRODUCT LIABILITY PRACTICE” presented for ICLE, March, 2001

“GIMMICKS, GADGETS AND DEMONSTRATIVE EVIDENCE FOR USE DURING A MEDICAL NEGLIGENCE CASE” presented for ATLA-New Jersey, Pines Manor, November, 1997.

“PROVING THE INJURY”, The Year in Torts in NJ” Speaker, Boardwalk Seminar, Association of Trial Lawyers of America – New Jersey, 1996

CHAIRMAN and ORGANIZER of The Peoples Law School, 1995

WB-17, April 1999 with Jennifer Lewis Hull on “The Dangers of Reclining Your Seat”