Home » Blog » Am I Liable for Texting a Driver Who Crashes?

Am I Liable for Texting a Driver Who Crashes? 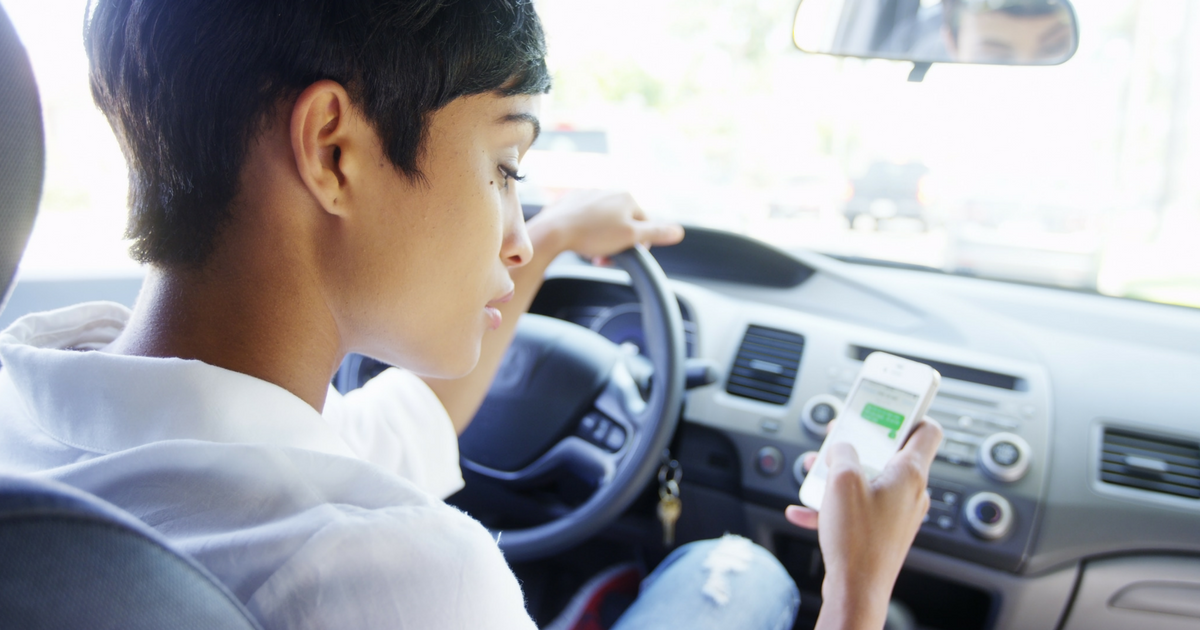 Before learning whether you are responsible for texting a driver who crashes, we should first address some things.

Let’s start with the facts:

All of these are different ways of telling the same story – texting while driving is incredibly dangerous. This is common knowledge. What isn’t so readily apparent, though, are the dangers that come from texting someone who is driving.

According to New Jersey’s Appeals Court, you can be legally responsible for texting someone you know to be driving. This was a precedent set back in 2013. And, since then, it has opened up a number of new concerns over personal rights, the definition of negligence, and the legal responsibility of individuals everywhere.

As New Jersey’s premier auto accident law firm, we’re here to help. Part of this means expert legal representation and part means explaining your liability before an accident happens. Keep reading to learn how you can be held responsible for texting a driver who crashes. The New Jersey auto accident attorneys from Rossetti & DeVoto, PC can review your case, explain the liability you might have, and help build a defense to any charges levied against you for texting while driving or texting someone you knew was driving.

The Case Texted ‘Round the World

In 2013, a truck struck a couple who was riding their motorcycles. The driver of the truck, an eighteen-year-old, had been texting with his girlfriend prior to the accident. This leads him to swerve across several lanes, a common result of distracted driving, and hit the couple.

The couple sustained serious injuries, and both lost their legs. They then sued. What made their suit different is that they named both the driver and his girlfriend as defendants on the advice of their attorney. The case went to trial and the jury found the girlfriend innocent of any wrongdoing. They reached this conclusion after learning that she didn’t know her boyfriend was driving at the time she sent her texts. 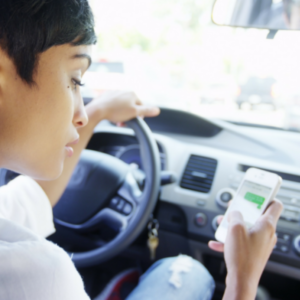 This is important. The jury and the presiding judge determined that the individual texting is “electronically in the car” with the individual driving. This means that if you text someone who you know is behind the wheel, you can be named in a civil suit in New Jersey. Being named in a civil lawsuit is stressful. You will have a litany of questions, including, “How can I have the lawsuit dismissed?” The first step in handling such a situation is by speaking to a New Jersey auto accident attorney from Rossetti & DeVoto, PC as soon as possible.

Is Texting Someone You Know is Driving Illegal?

It’s important to stop here and point out that texting someone who you know is driving is not illegal. There are a number of reasons for this, not the least of which is that it’s difficult to know if the person you’re texting is driving.

If passed, drivers who refuse to give police their phones would face the same penalties as someone who refuses to be breathalyzed. The penalty encompasses a minimum of seven months with a revoked license and fines. This is important to note because you would need to find transportation to and from work. Or, from a school, the doctor’s office, or the supermarket. It might be difficult to ask family members and friends to drive you around constantly, so be sure to speak with an attorney about your situation.

While allowing police to search the phone of someone who crashes makes some sense (it would help determine who was texting them at the time of the crash), there has been significant pushback from groups like the ACLU and individuals across the state. The ACLU claims the proposed bills are unconstitutional. Private individuals don’t want the police to search their personal property being, especially after a jarring experience like an accident.

It’s unlikely this legislation will pass. Still, in cases of wrongful death or other catastrophic accidents, the police will likely aggressively pursue getting access to drivers’ phones.

The fact that you may now be held legally responsible for texting someone you know is driving means it’s important to get the best attorneys around. Here at Rossetti & Devoto, our track record of excellence speaks for itself. Learn about our successful settlements and verdicts and contact us today for a free case evaluation. Call our office at (844) 263-6260 to schedule a consultation with a New Jersey auto accident attorney.